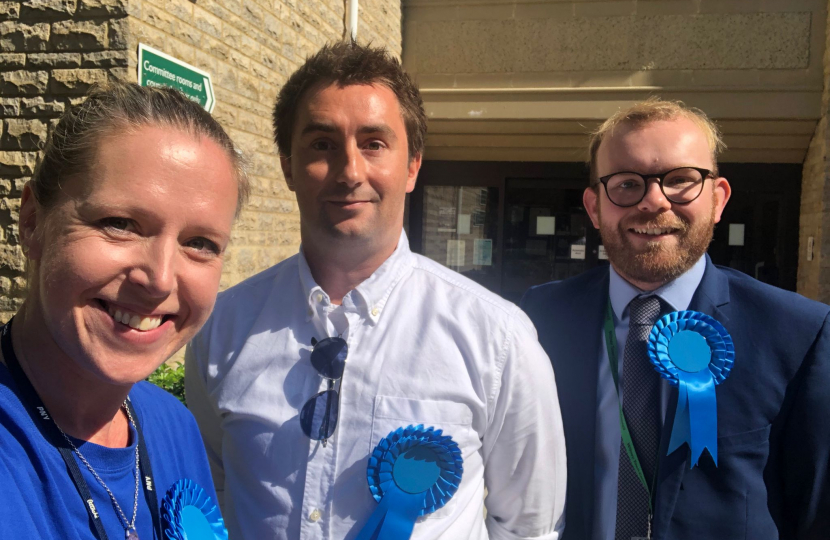 Residents of the Witney East ward went to the polls on Thursday 25th August to elect a new town councillor for Witney Town Council.

The resignation of Rosa Bolger resulted in a by-election being held for the town ward with representatives from the Conservatives, Labour, Green and Liberal Democrats putting candidates forward for the seat.

With a turnout of 23.51% Conservative candidate and Madley Park resident Darren Thomas was duly elected as the new town councillor for the Witney East ward winning the seat from Labour. The Conservative Party secured 552 votes followed by Labour on 421, Greens on 240 and Liberal Democrats  107 votes.

Cllr Darren Thomas said, "I am so pleased to be elected by the residents of Witney East to be their new Town Councillor. A month ago I hadn't considered standing for election but I was frustrated about the lack of plan for the Witney High Street so I decided to stand for election and help the Conservative team work to make a difference for our lovely town. Standing for election is quite an experience but I am now really looking forward to getting stuck in and making a difference for our community. Thank you to everyone who voted I really appreciate it."

The Witney East town council ward was last won by Labour in May 2019 when they beat the Conservatives.

Liam Walker, who is a county councillor and also deputy chairman political of West Oxfordshire Conservatives and oversees campaigning activity for the party said, "I think it's great that Witney East residents have elected a brilliant guy like Darren to represent them. Time and time again when we were knocking on doors we heard how angry people are with the lack of plan for Witney High Street, the rollout of 20mph roads in Witney and Labour joining forces with the Greens and Liberals in a coalition. There is a reason the Conservative Party have ran our local councils for so long and it's time to bring back that common sense to our local councils."