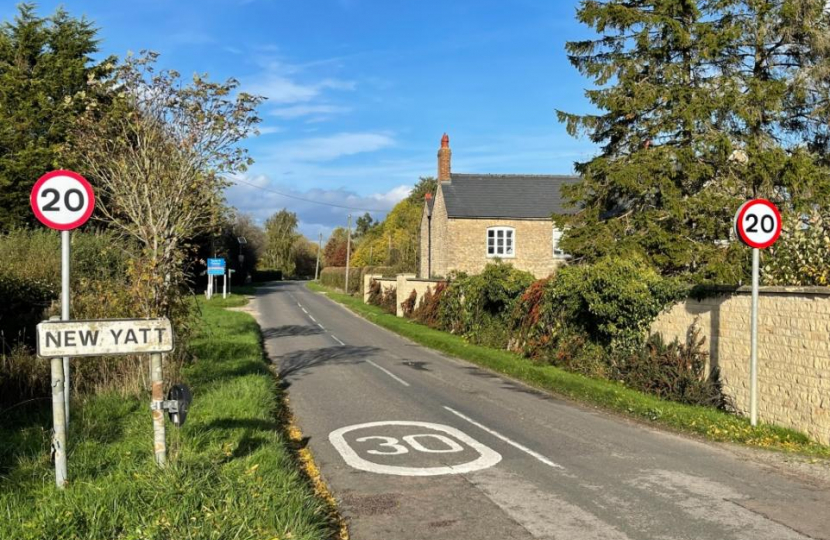 Confusion over the installation of 20mph signs has been branded "a farce" by an MP and "Clownworld" by drivers.

Contractors working for Oxfordshire County Council put up new 20mph signs near existing 30mph and 40mph signs and forgot to remove road paint spelling out the old 30 and 40mph limits. Every single one of the now-obsolete new signs had to be covered up with black bags until the mistake could be corrected.

Witney MP Robert Courts said: “This whole episode has been beyond farcical from start to finish. From dismissing the views of local residents who overwhelmingly expressed opposition to the proposals, to the shambolic implementation of the last few days.

“It is an utter mess, with West Oxfordshire residents bearing the brunt of County Hall’s arrogant attitude and incompetent leadership.”

Motorists too were scathing. One Witney Spotted user said: "I'm guessing the next step will be to send them out once again for another circuit to take down all the 30mph signs and remove the bags to reveal the 20mph signs.

"But why make sense and be cost effective when you can waste public money dragging one simple job out over three phases of a totally confusing s***show?"

Another wondered if the county council was "on drugs as you don't know what they are doing to do next".

Witney mayor Liz Duncan said they had "received many requests from residents for the reduced speed limit" and it would improve road safety.

More than half of people who took part in a consultation about the proposals objected to the new limits. Of the 288 online responses, only 93 supported the scheme. Regarding the signage, a spokesman for Oxfordshire County Council said once the issues were brought to its attention it acted accordingly by covering up signs.

It also then finally revealed that the 20mph limit will formally be enforceable once the Speed Regulation Order has been finalised by its legal team on 14 November 2022.

Conservative councillor Liam Walker said: "I think a lot of people were reflecting on whether spending £8m changing road signs in areas where there haven’t been fatalities, where there has been no data collected to suggest people are speeding, I think people are against it.

"Outside schools, town centres, outside busy shopping areas, that makes sense, but blanket 20mph through the whole of the town just seems ridiculous."

He said that the council, which is run by a coalition of Lib Dem, Labour and Green party councillors, was only recently "pleading" for more money for social care, but the £8million bills for new signs made it clear that "their priorities are wrong".