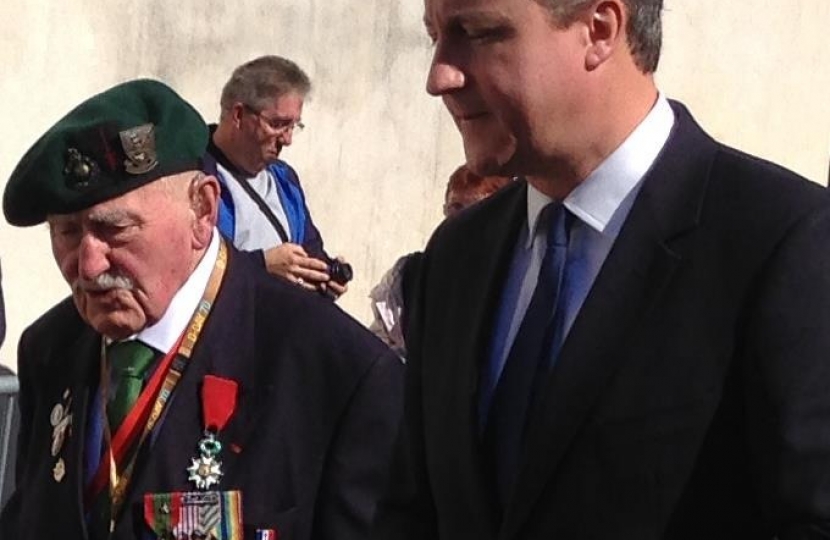 David Cameron is in Normandy with Her Majesty The Queen, veterans and other world leaders to commemmorate the 70th anniversary of D-Day.

"It’s incredibly moving. I was at the vigil at Pegasus Bridge last night, standing at the spot where one of the gliders landed to take that bridge. And the sense of history, the sense of awe. But also for my generation, the sense of humility. We haven’t had to do anything like what our grandfathers’ generation did - to fight for freedom, to put their lives on the line. And it is awe inspiring. It gives you a sense of humility. But above all it gives you a sense of extraordinary gratitude for what these amazingly brave people did."