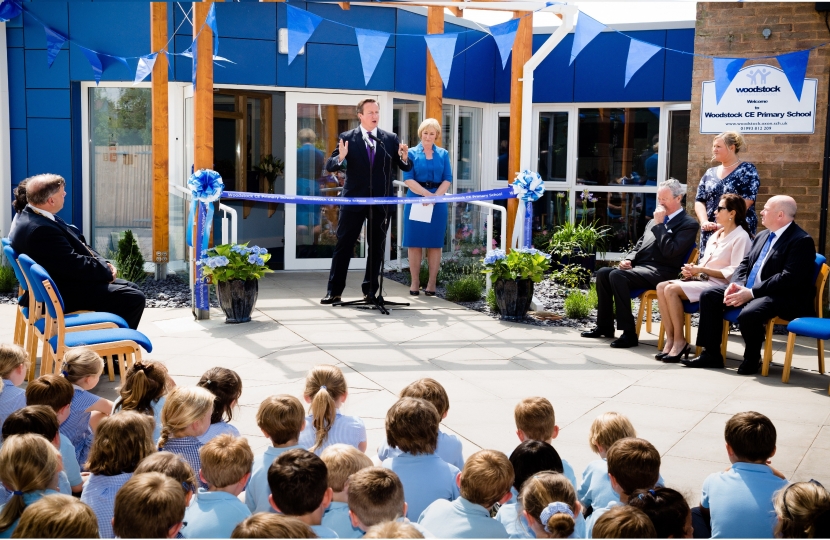 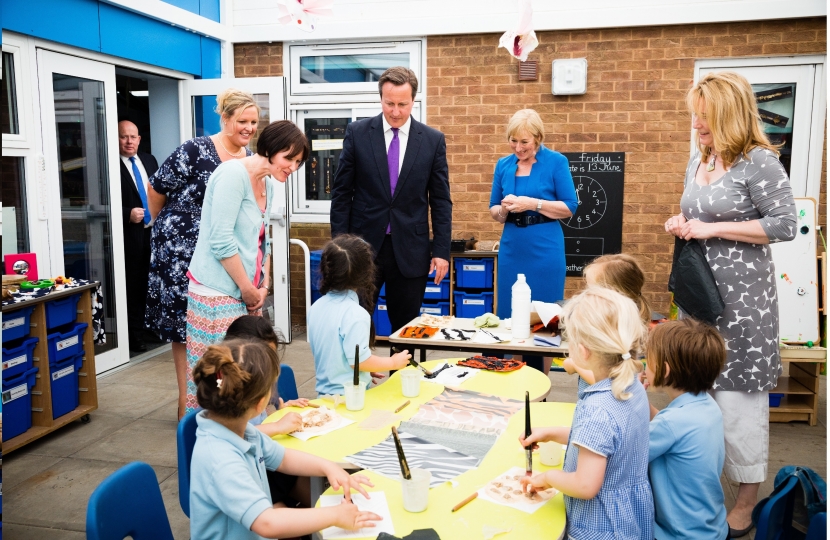 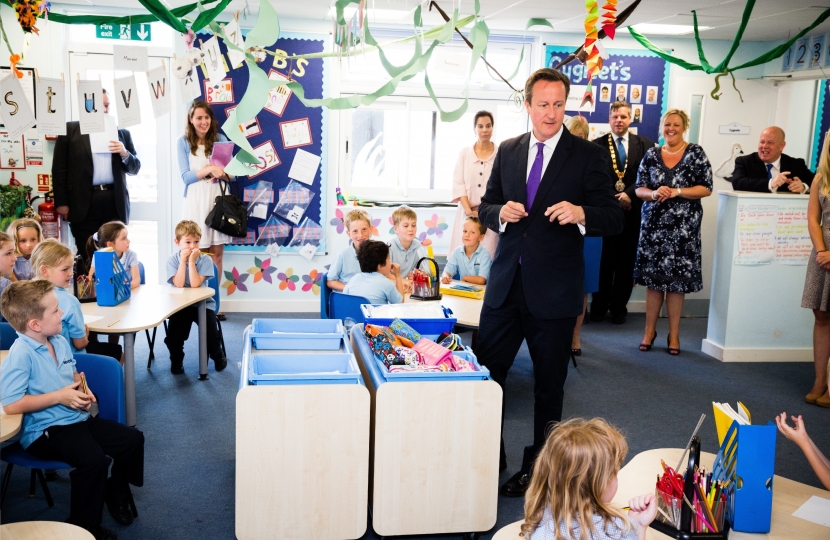 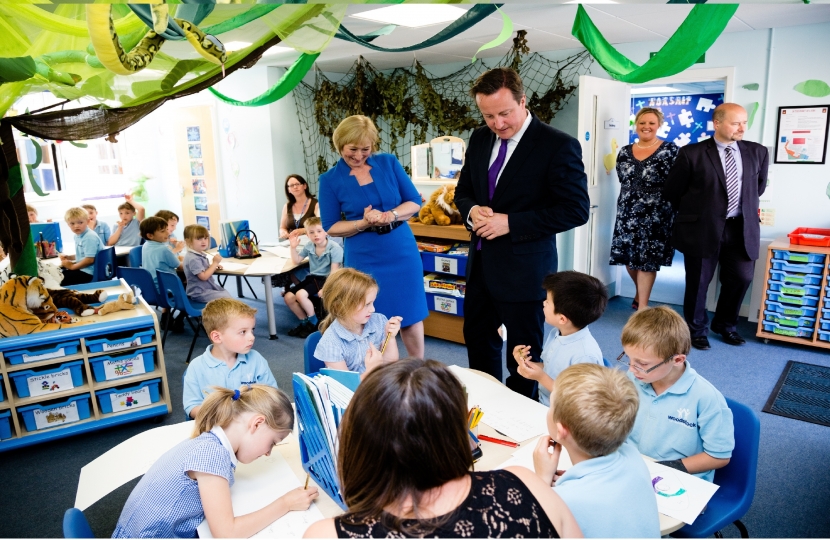 David Cameron, MP for Witney, was greeted by Headteacher, Lisa Rowe, who took him on a tour of the school's impressive new buildings and playground facilities.  Following the tour, Mr Cameron had the opportunity to speak to staff and pupils before cutting a ribbon to officially open the school's new buildings. Mr Cameron was accompanied by local councillor, Ian Hudspeth, Town Mayor, Julian Cooper, and the Duke and Duchess of Marlborough.

Woodstock Primary School had an Ofsted inspection in October 2013 and was rated as "Outstanding".