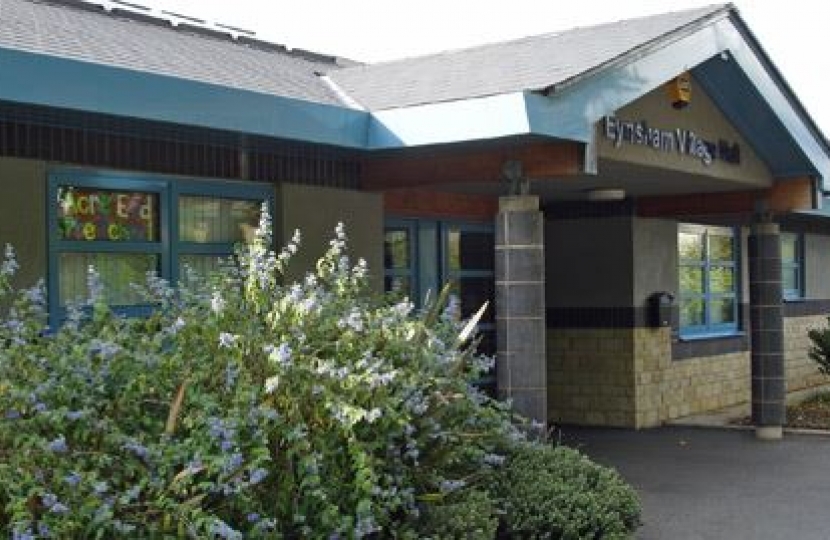 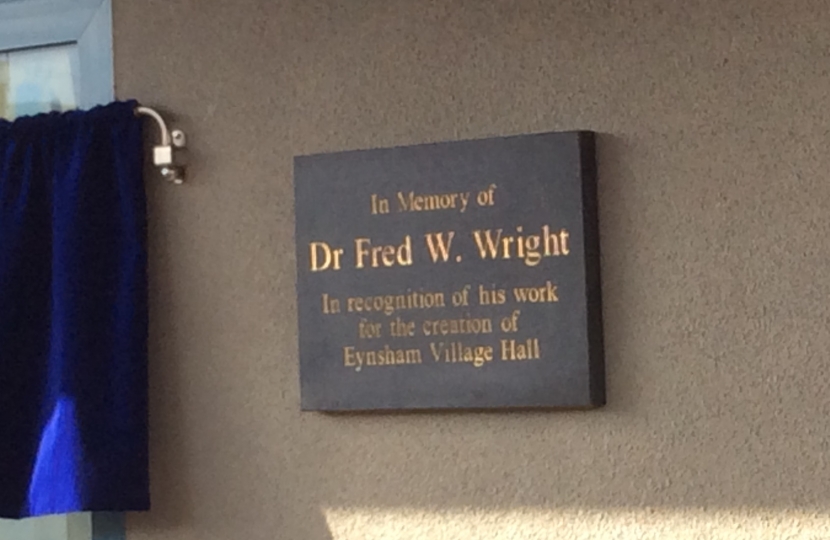 David Cameron, MP for Witney, recently visited Eynsham Village Hall to unveil a memorial plaque in honour of Dr Fred Wright, following his death in May 2014.

A stalwart member of the local community, Dr Wright played an instrumental part in the building of the Village Hall.  He became a Parish Councillor for Eynsham and worked tirelessly to enable the Village Hall to be built in 2001, before becoming the Chairman of the Village Hall Management Committee for 11 years.  The Hall has become not only a centre of the community but also very important in Dr Wright’s own life, as the location where he celebrated both his 80th birthday and his 60th wedding anniversary.

Having had much involvement with Dr Wright about various Eynsham matters, Mr Cameron shared his memories of Dr Wright along with members of Dr Wright’s family.