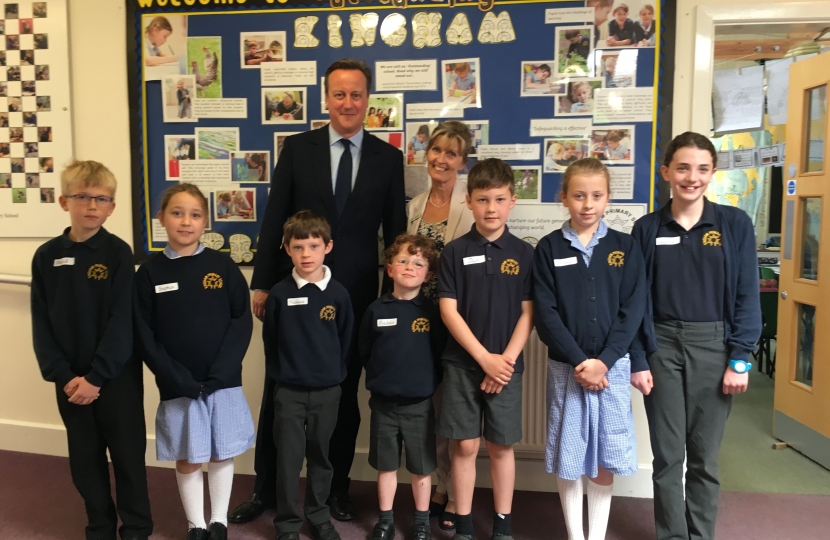 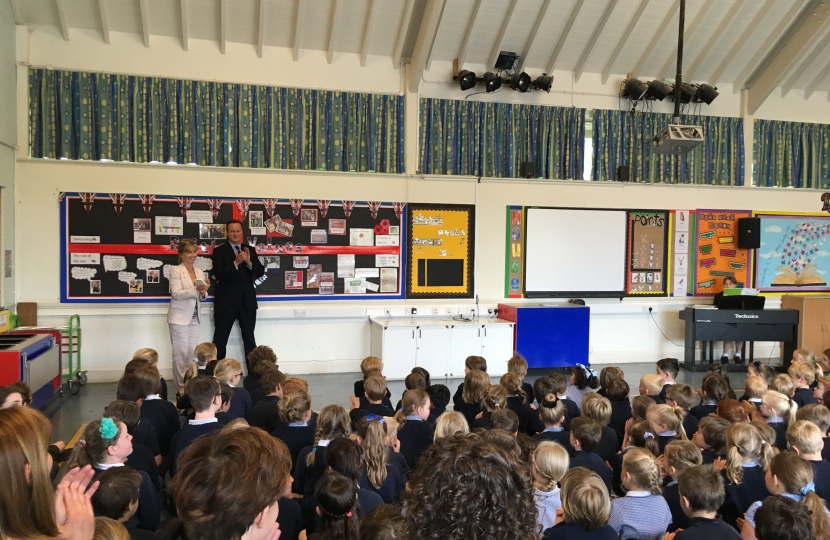 David Cameron, MP for Witney, spoke to a group of pupils – who had previously written letters to him – about what they have learned about British Values and to hear about the school.

David then spoke to the school assembly to discuss British Values and take questions from the pupils about his work as both Prime Minister and as their MP.

David very much enjoyed the visit and always appreciates the chance to speak to his constituents of all ages.