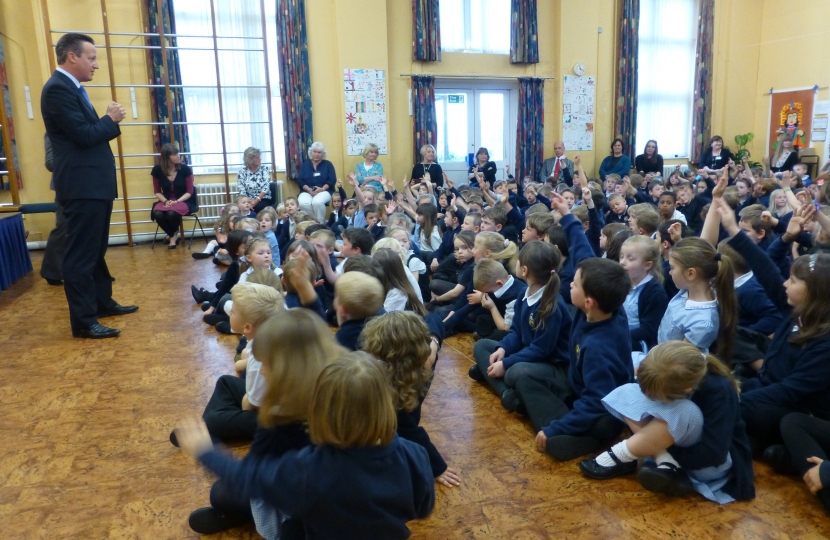 Mr Cameron was greeted by Headteacher Jill Meyer and the oldest and youngest children from the school, who led him to the Foundation Stage classroom.  His tour of the school included the nurture room, where children receive support aimed at encouraging them to become better learners, and the newly refurbished indoor swimming pool which is run by the organisation Water Babies.  Mr Cameron met a number of instructors from Water Babies, who outlined their vision for working with parents and their babies to get them used to the water and giving them the confidence to swim independently from a young age.

To finish off his visit, Mr Cameron held a full school assembly where he answered a number of questions from pupils and explained what his role as Prime Minister and as the MP for Witney is all about. He subsequently spoke to teachers, taking their questions and congratulating them on the school’s most recent Ofsted inspection in January 2013 where the school was rated as “Good”.