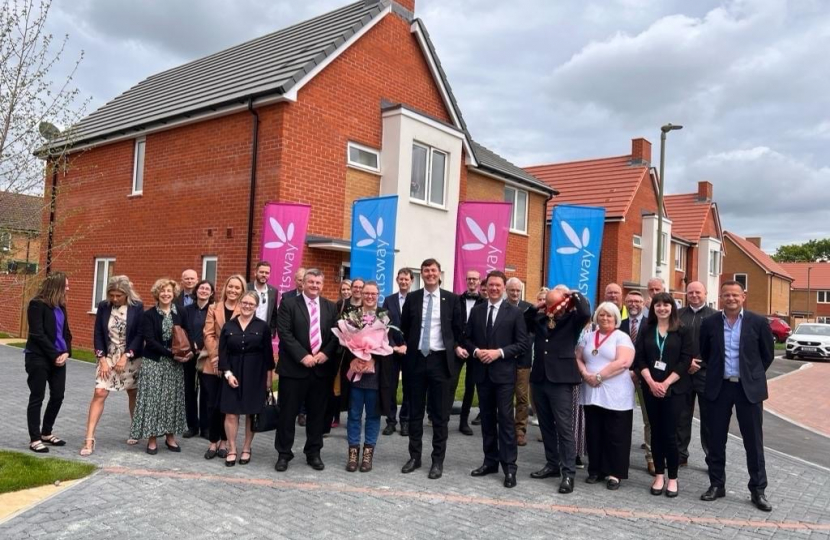 Robert Courts MP added, "It was a pleasure to attend the opening of Cottsway's new affordable housing scheme in Upavon Way, Carterton. This attractive development of 100% affordable homes replaces a derelict garage and petrol station, and was supported by £2.5 million of central government funding.

This is a perfect example of delivering the right homes in the right places - something I have been campaigning on for some time - regenerating a disused brownfield site to provide much-needed affordable homes for local people.

Very fitting that the site is named after George Mason, a celebrated former District Councillor and Deputy Mayor of Carterton."

A district councillor in West Oxfordshire has been left disappointed at an email response he received from the new Lib Dem cabinet member for environment at West Oxfordshire District Council.