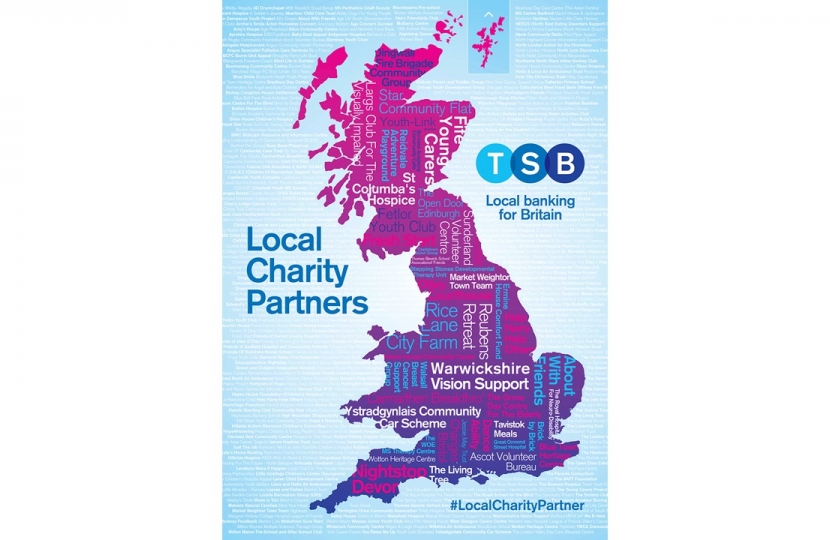 Rather than having one central charity partner, TSB allows its branches and customers to choose a local cause which matters to them and their community. Over the past year, for example, TSB’s Chipping Norton branch has been raising money for the local charity Chipping Norton Pre-School.

This is known as the TSB Local Charity Partnership programme.

TSB are now inviting people to nominate local charities and causes in our area for the TSB 2016-17 Local Charity Partnership programme.

Nominations can be made at any TSB branch or via the website at www.tsb.co.uk/get-involved. Nominations are being accepted until midnight on Sunday 22nd May.

TSB are also encouraging everyone to celebrate their nomination via Twitter using #LocalCharityPartner.